Don’t Kick At Others While On The Ladder

Reach out to connect

Want prayer, got an idea, have a desire to just say a kind word? Contact us.

Absolutely the best thing you can possibly do

Hey!!!! Just read Change Your Day Please. Absolutely the best thing you can possibly do. In fact, that's the ONLY thing we can do. All the regrets in the world won't change it, so do what you can to make positive change going forward. Great read. Shared 5x!!!!

Excellent Advice... Thanks for the encouragement!

Excellent advice, Vaughn, in a very nice allegory. I have struggled with this very thing, thanks for the encouragement!

likeminded people, we are!

Really enjoy reading your ideas and thoughts - likeminded people, we are! When we function from an abundance mindset rather than one from lack we attract more abundance. Anyone who has that experience will agree!!! Thanks for the readsss 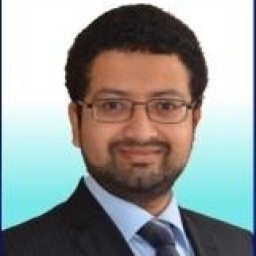 It’s amazing to see how so many women have come together with the #MeToo campaign. It seems like so many women have suffered in silence for way too long. But that’s not what I want to focus on. I’d like to focus on how those women have come together to support and lift each other up. They’re all trying to climb that ladder of success. Indeed we are all trying to climb that ladder of success. So in this article I’ll share what you two important points that I take away from this situation.

About 20+ years ago when I was a young man, I read a lesson from the Rabbi. This lesson is about a story of two young boys playing on the streets of Brooklyn. As the boys played a game trying to see who was taller they were jumping on objects along the sidewalk trying to make themselves taller than the other. The Rabbi observed the game along with some of his students. Then he saw one of the boys push his friend off the sidewalk into the street and then proclaim himself to be the taller boy. The Rabbi looked at this behaviour, and told his students that the boy who pushed the other one was in danger of growing up to be an evil person. Why do you ask? Because to the boy’s left was a flight of stairs which he could’ve climb to proclaim himself taller but he chose to knock his friend down in order to proclaim himself the winner. That was an evil inclination and if not addressed by instruction in righteousness  that boy would grow into a man with no remorse or hesitation in pushing down others.

This Weinstein fellow strikes me as a kind of character who had no remorse for taking advantage of women, and maybe even men in business deals, due to his position of influence and power in that fleshmarket known as Hollywood. I wonder how many friends did he pushed down as a young man trying to win that game of rising to the top? While we can blame him for the man he had become my thoughts also dwell on the failed interventions of a righteous teacher in his formative years. Where were all the righteous friends in his adult years to set him straight? Was there no righteous, not one in his life for those decades?

We’re all climbing up a ladder. There are those ahead of us and those beneath us. Some are friends and some are enemies. I want to share two principles with you in this article that I use as my personal guide. Those and lots of other principles of righteousness are in my book, Break The Poverty Curse: Unlock Your Prosperity.

If these two things are tugging at your heart and conscience, don’t ignore it. It will not stop unless the right thing is done to remedy the situation.  Righteousness is not simply doing good. It is so much more. Until next time, continue to learn and grow.

If you liked this article, I have a quick-reference sheet that I’m going to make available next week for a limited time. The only way to find out how to get it is to go to http://eternitywatchmagazine.com/vb7principlesqrs

Talk back to Vaughn ==> http://www.eternitywatchmagazine.com/vbGR1

I'm a father of 3, a published author of 13 books, a writing coach, and an online instructor. I'm working on my book projects and a very special project I'm not at liberty to discuss yet but my fans will know first in 2022/23, These days, I'm on a spiritual quest to discover more about the meaning of life and my our purpose. I lost a dear friend in 2018 and so I'm more focused that ever on what truly matters in this life: People.

Please log in again. The login page will open in a new tab. After logging in you can close it and return to this page.